The Minister, joined by members of the sea cadets and Ben Murray from Maritime UK, was briefed on the company’s ambitious plans to develop zero emissions autonomous vessels, and given the chance to helm an F50 catamaran, on the world’s most advanced maritime simulator. A platform built by Artemis to develop new transformative technologies, and train seafarers.
Maritime 2050 outlines a range of short, medium and long-term proposals, including developing technology, people, and infrastructure, to help the UK remain a world-leader in the maritime industry for the next 30 years.
Speaking at the Maritime 2050 launch event, hosted at the headquarters of the International Maritime Organisation in the London, Transport Secretary Rt Hon Chris Grayling MP said:

“Maritime is a vital UK industry, bringing in £14 billion to our economy as well as providing thousands of new and exciting careers for people across the country.
This strategy is a clear message to the world – we will continue to be a leading maritime nation for the next 30 years and beyond.
We will be at the forefront of emerging technology and seafarer training and will capitalise on selling this expertise to companies across the world.”

New legislation will introduce a domestic framework for autonomous vessels to enhance testing in UK waters, and the UK will also pioneer the use of virtual and augmented reality in seafarer training.
Iain Percy, CEO, commented:

“We were delighted to host the Minister’s visit today, and personally, I’m very passionate about the strategy announcement.
Maritime is an industry that hasn’t embraced changed as quickly as aerospace or automotive, and the UK has a real opportunity to lead the world with a new wave of technology across the sector.
We have the skill sets to deliver on this vision, and Artemis Technologies is looking forward to being at the forefront of that.”

By 2030, the government will develop a Maritime Innovation Hub, supporting new technologies while also boosting regional productivity with new jobs. And later this year, a Clean Maritime Plan will set out ways the UK will lead the way in green standards to reach zero emission shipping as quickly as possible.
Artemis Technologies, already established itself as the leading high performance yacht design company in the world, has been identified by the UK Government as one the UK companies who can help deliver on this strategy, and Maritime Minister, Nusrat Ghani, added:

“We have companies, such as Artemis Technologies, which are years ahead of the competition and making great strides in this sphere.” 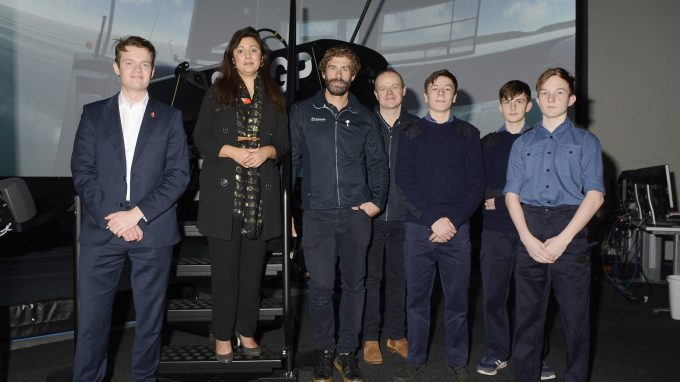