The simulator has been fitted with a full-scale cabin housing an identical console and human-machine-interface (HMI) to the 11m technology demonstrator, and will provide a valuable engineering tool and pilot training aid, as the company develops a range of new zero emission flying vessels.

It is the first bespoke powerboat cabin to be added to the simulator, following years of development in high-performance yacht racing applications, including the America’s Cup and SailGP.

“As a company, we’ve been heavily invested in simulation of marine craft for many years, with the focus very much on the professional racing side.

“Utilising our HIL simulator in this way allows us to accurately run the physics model of the workboat as it would be powered by the Artemis eFoiler ®.

“Effectively, we’ve created an electric zero emission foiling boat in the simulator, an incredibly powerful tool for engineering, for training and for control and system development.

“It means we can test the human-machine-interface, flight control and slow speed manoeuvring systems in a range of real-life scenarios across a vast range of environments such as around wind farms or in docks, and various weather conditions.

“Using this technology like this significantly streamlines the development and prototyping process, allowing us to bring our transformative zero emission vessels to market in a shorter time than would have been the case relying on traditional methods.

“As a result, we can look forward to commencing sea trials of the workboat in the very near future.”

“The simulator is a critical part of our development, and we have used it extensively during initial testing and validation of our flight control solutions for the 11m workboat.

“It allows us to de-risk the solution progressively going from model-in-the-loop, all the way through to hardware-in-the-loop before real life testing.

“The system is very much like an autopilot in an airplane. It facilitates safe operation for the pilot, reducing the amount of thinking that they have to do and allowing them to focus on key functionality, such as heading and speed control.”

The development of the powerboat simulator was supported by the Clean Maritime Demonstration Competition (CDMC), which was launched in March 2021 as part of the Prime Minister’s ten-point plan. Building on the vision set out in the Department for Transport’s Clean maritime plan 2019, the competition has allocated up to £23,259,000 match-funding to UK innovators to support the design and development of zero emission vessel technologies and greener ports through a series of technology trials and feasibility studies.

Originally built for Artemis Racing when the team took part in the America’s Cup, the HIL simulator can be modified with cabin and cockpit variations according to the requirements of vessels to be tested, either by Artemis Technologies or external parties.

The HIL simulator features a central six degrees of freedom platform similar to those used for flight and motorsport simulators, with a 4.5 metre high, 210-degree screen, which conveys images from three laser phosphor projectors. 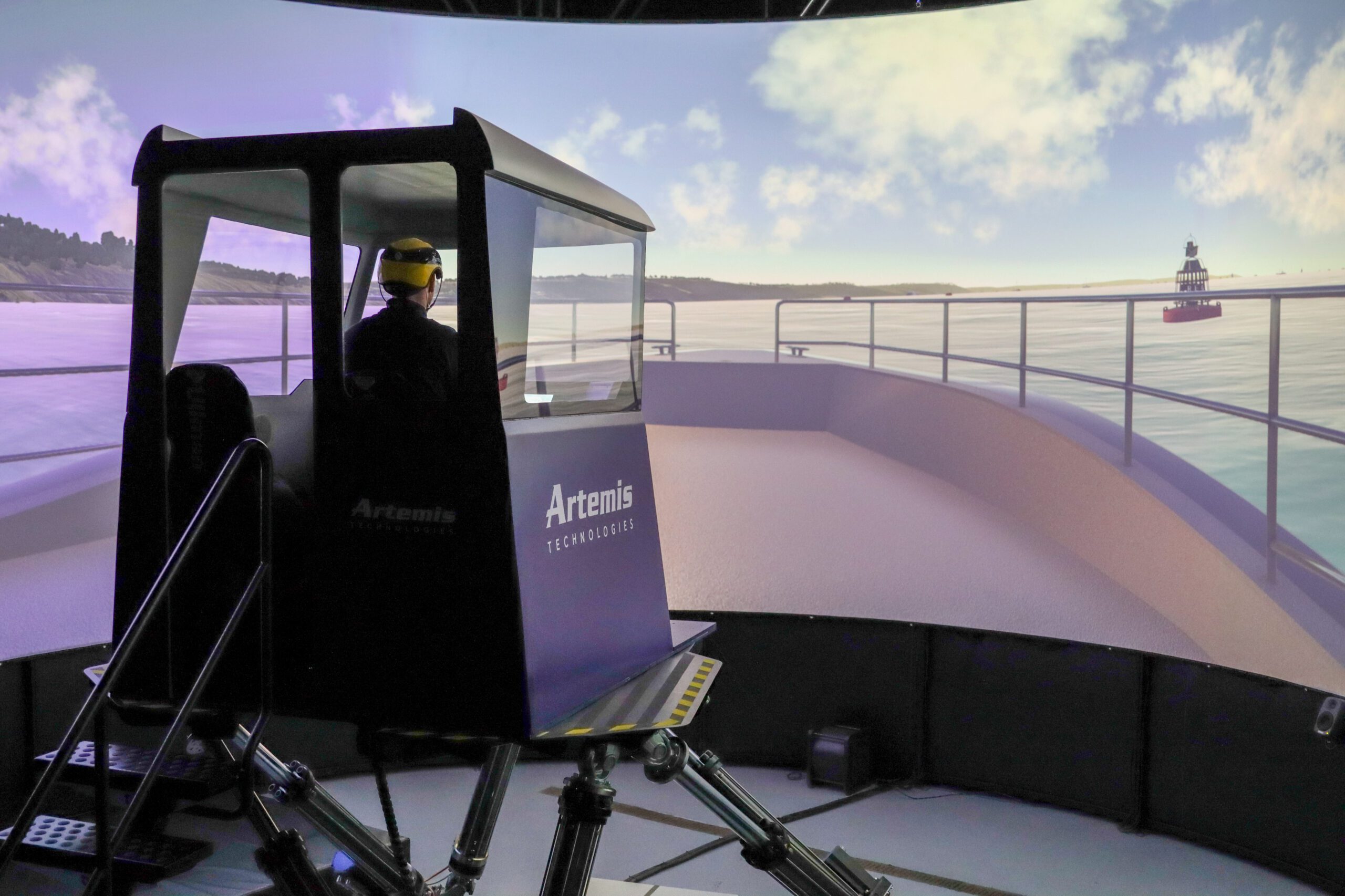