Building on our high-performance background, our mission is to lead the decarbonisation of the maritime industry through the design and development of transformative technologies and zero-emission vessels.

At the forefront of maritime engineering, we utilise our specialist expertise to provide tailored services to both high-performance and commercial clients, as well as develop unique products like our disruptive Artemis eFoiler® electric propulsion system.

To lead the decarbonisation of the maritime industry.

Named after the Greek goddess 'Artemis', guardian of nature, protection of our environment drives every facet of our organisation.

Through research and collaboration, we pioneer new maritime technologies and products.

Building on our racing history we continue to be a world leader in high-performance green-powered vessels.

Our global recognised team is committed to delivering excellence for our clients.

We accept and respect the diversity of our employees and are committed to celebrating the differences within our company.

From Artemis Racing to Artemis Technologies and our bold new vision "to lead the decarbonisation of maritime", take a look at how our journey unfolded from our base in the University of Cambridge to becoming the world's leading high performance yacht system design company and launching the world's first 100% electric foiling workboat range, right in the heart of Belfast harbour. 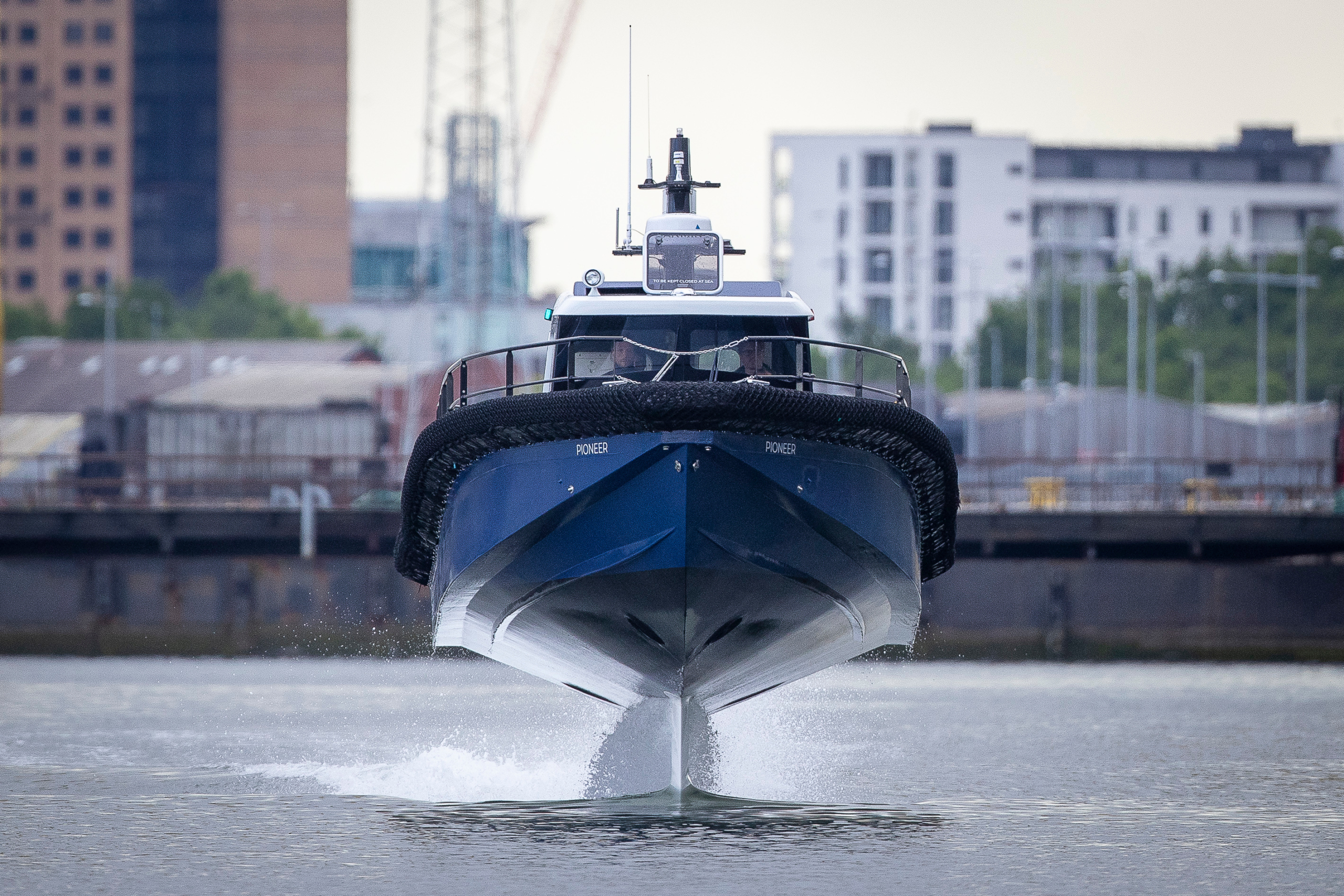 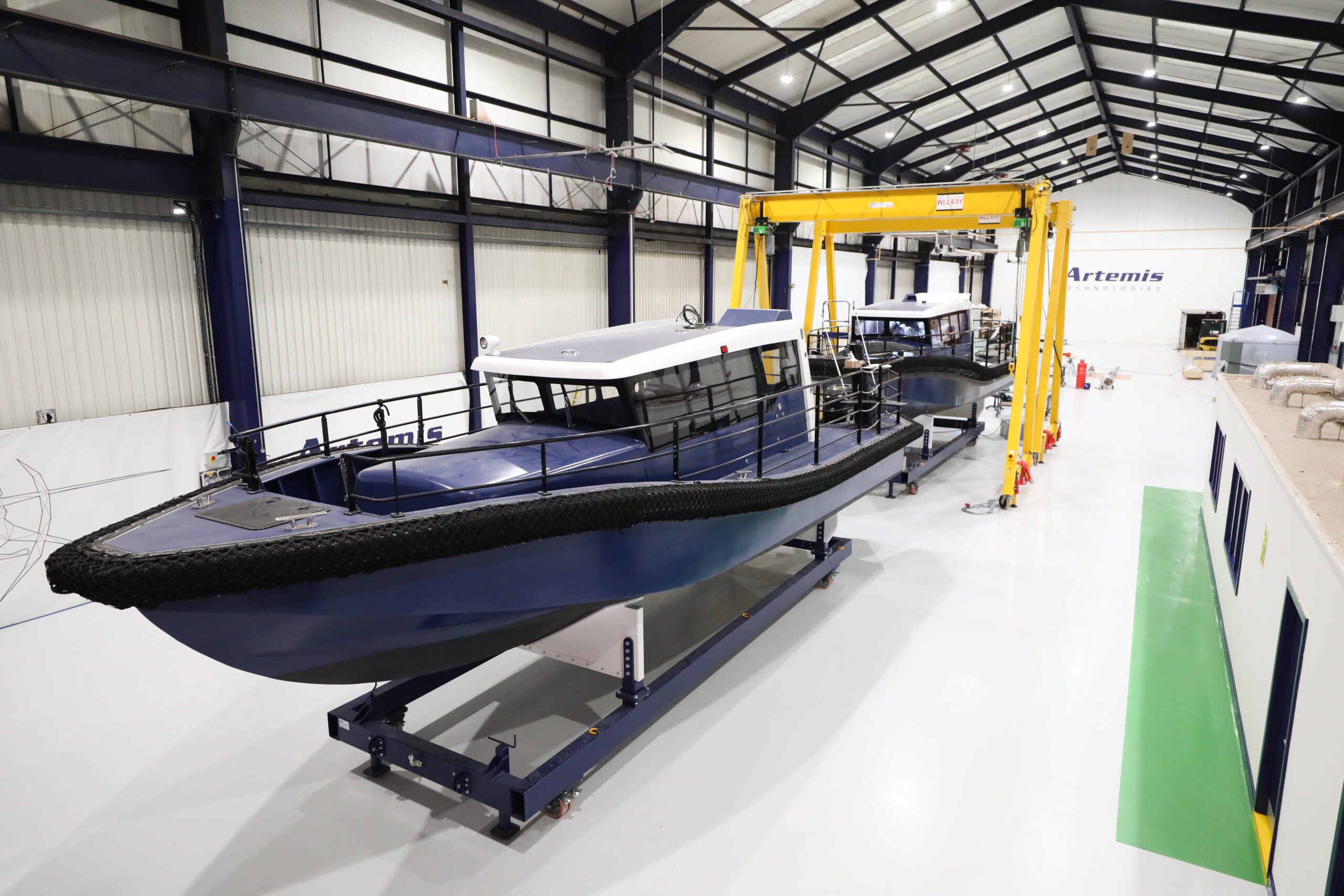 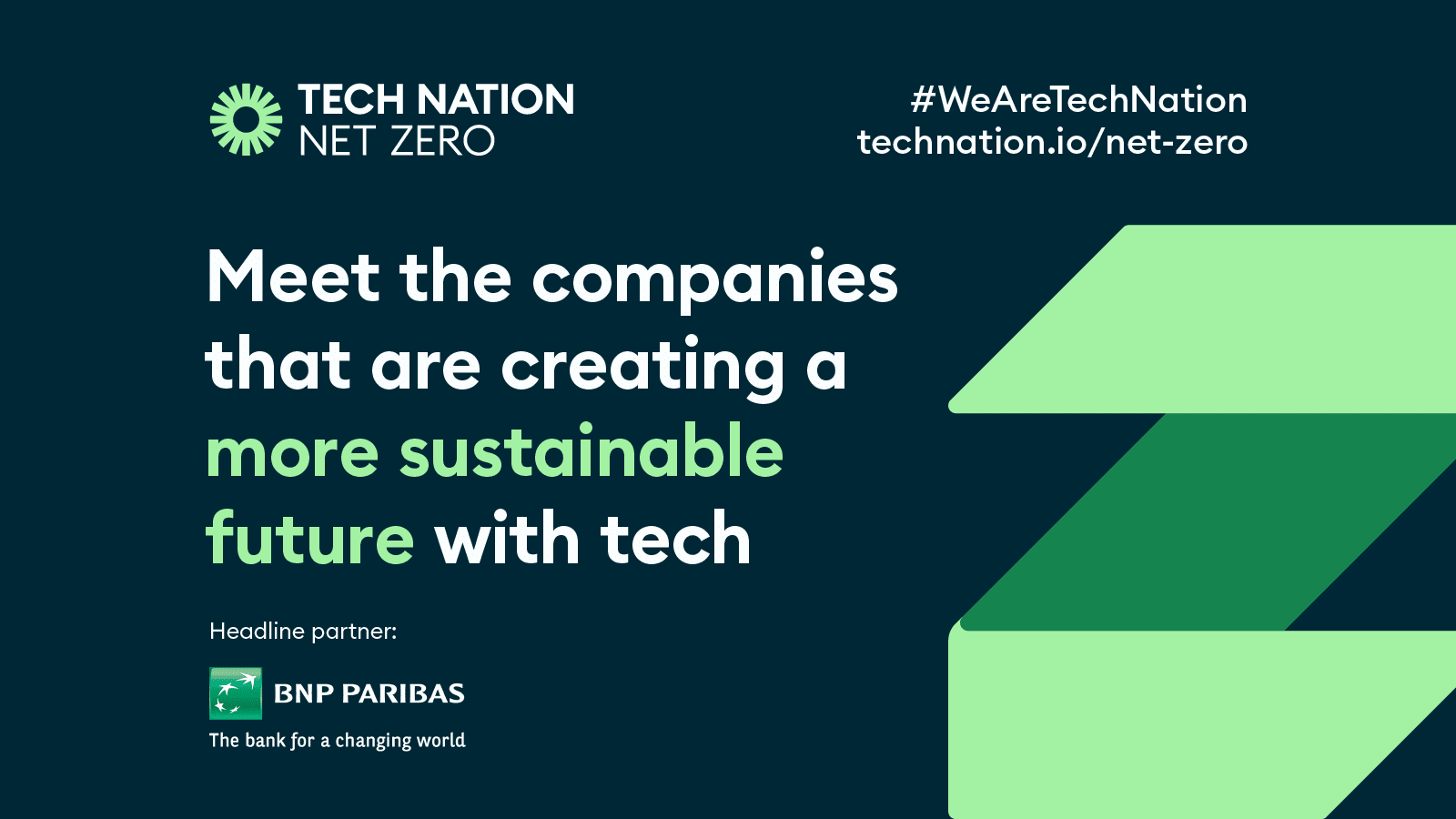 mHIL simulator placed into service, and visited by the UK Maritime Minister. 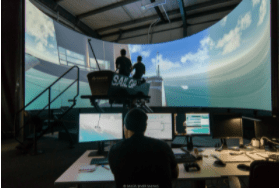 Artemis Technologies commences trading, and partnership established with the University of Cambridge. 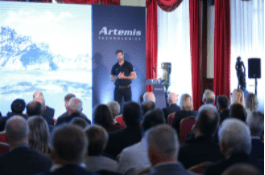 Artemis Technologies is founded to see how the team’s expertise in hydrofoiling and wingsail technology could play a role in the decarbonisation of the maritime industry. 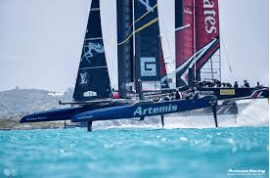 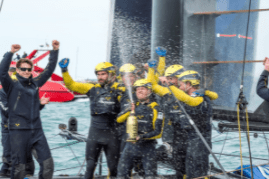 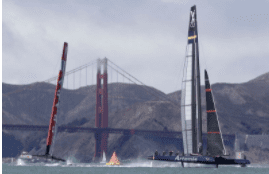 The team behind Artemis Technologies is of international calibre and boasts experts in the fields of aerospace, motorsport and yacht design. 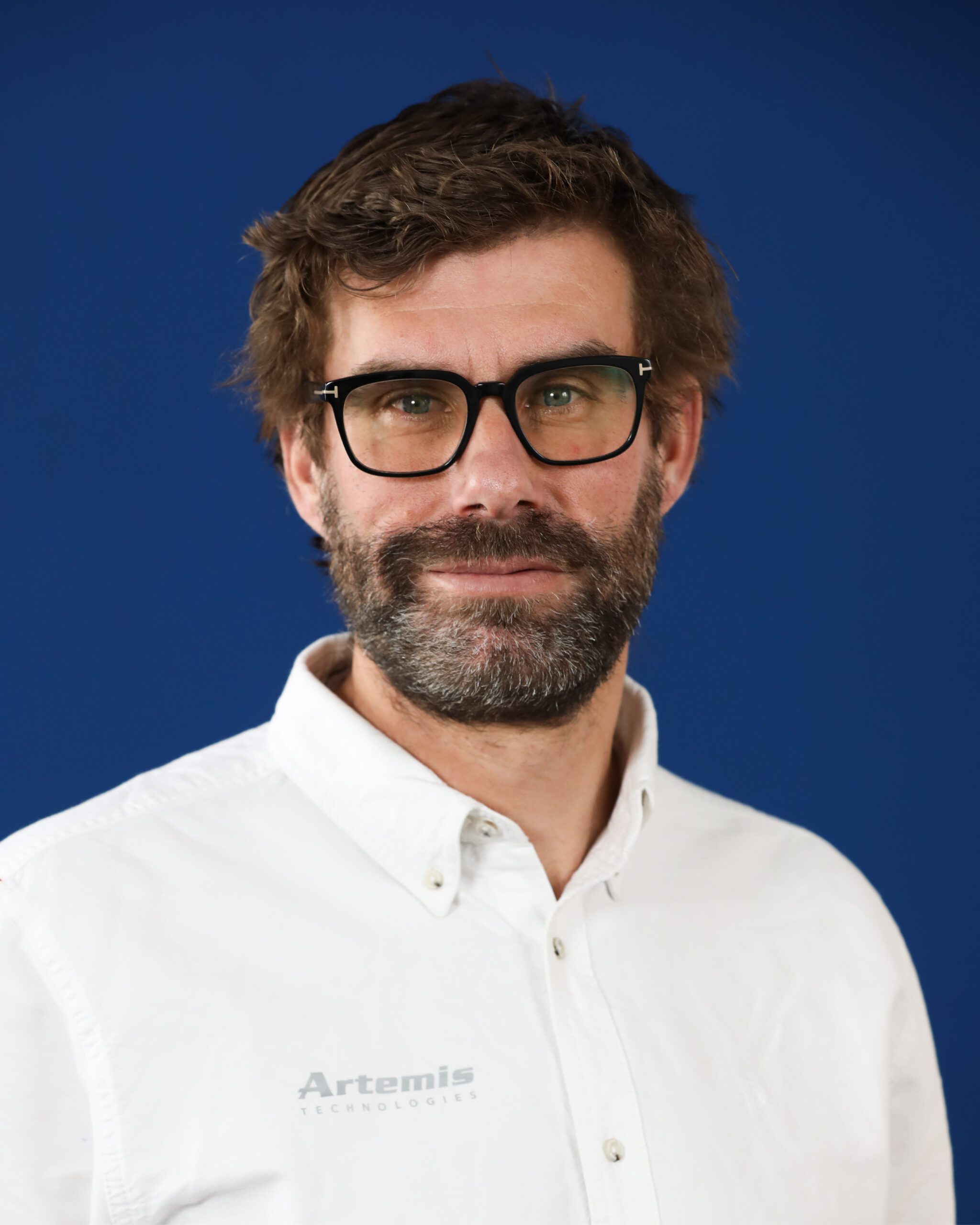 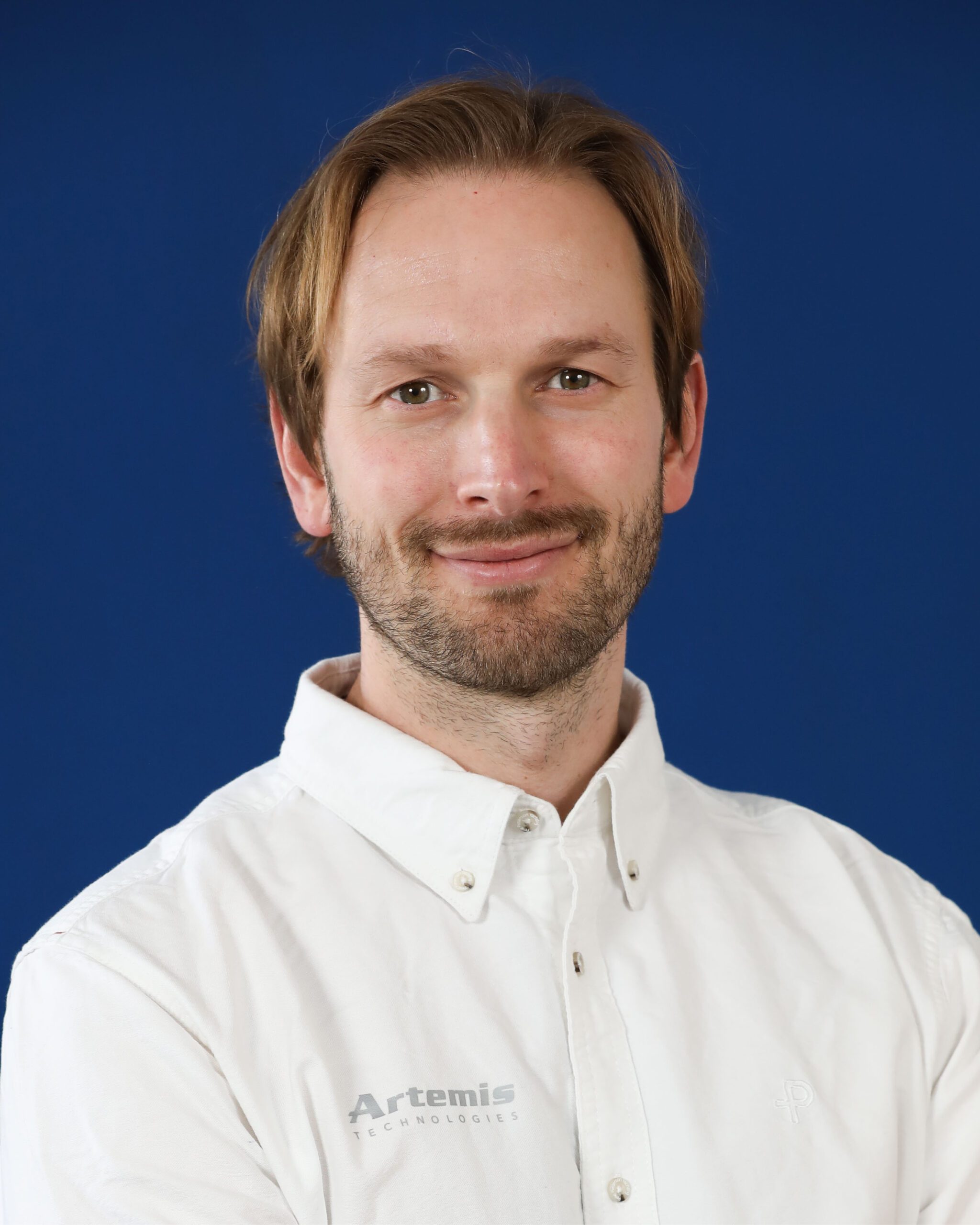 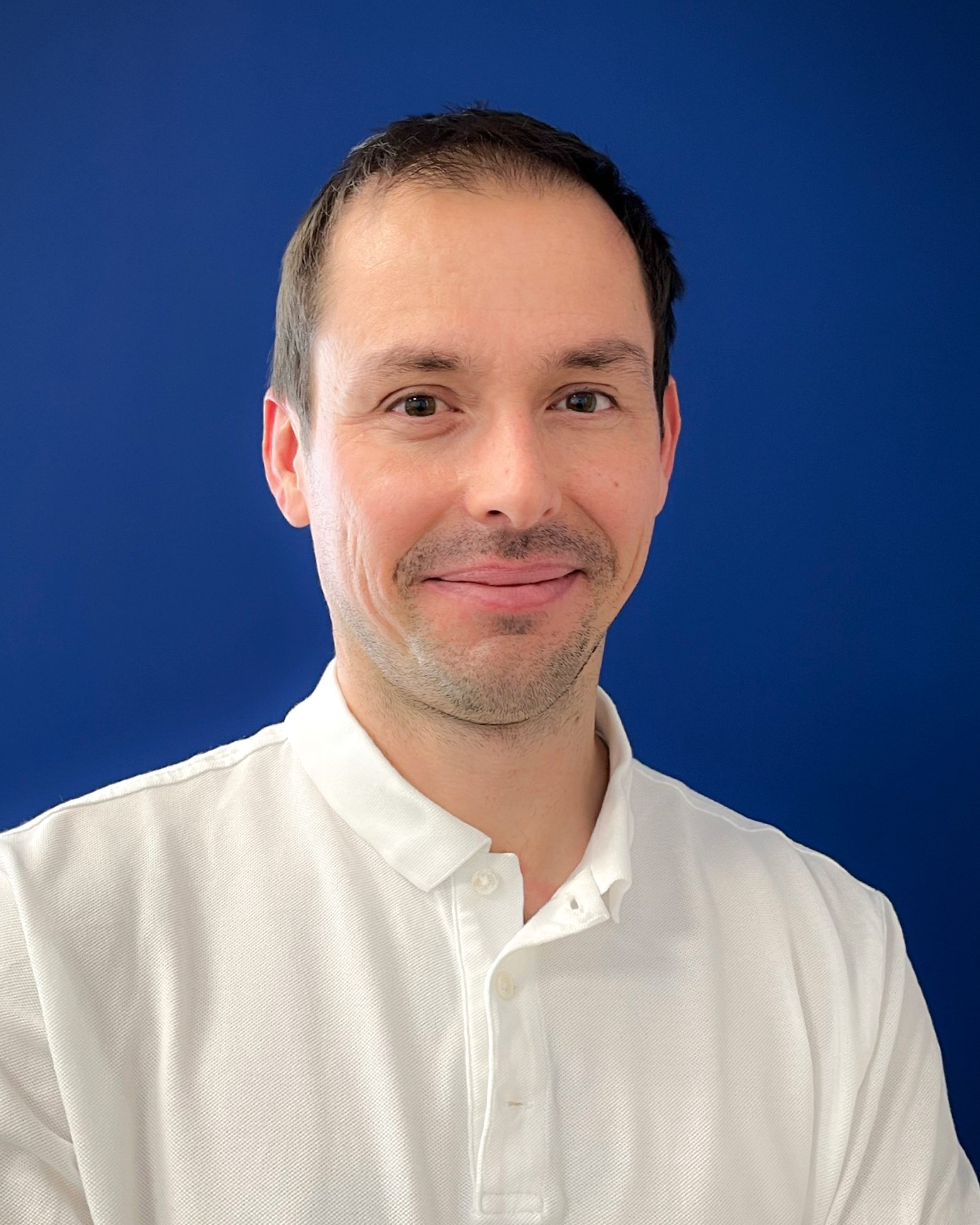 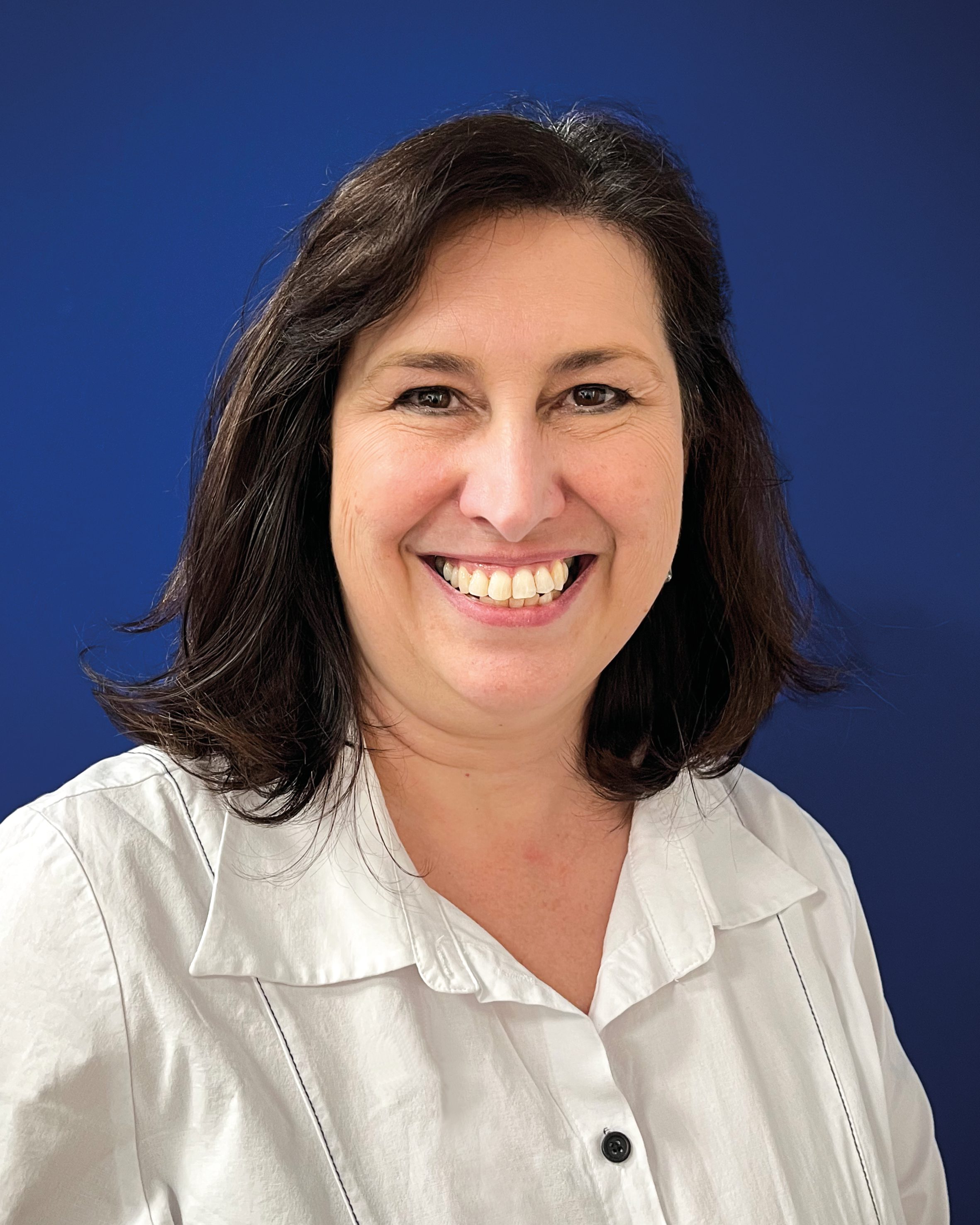 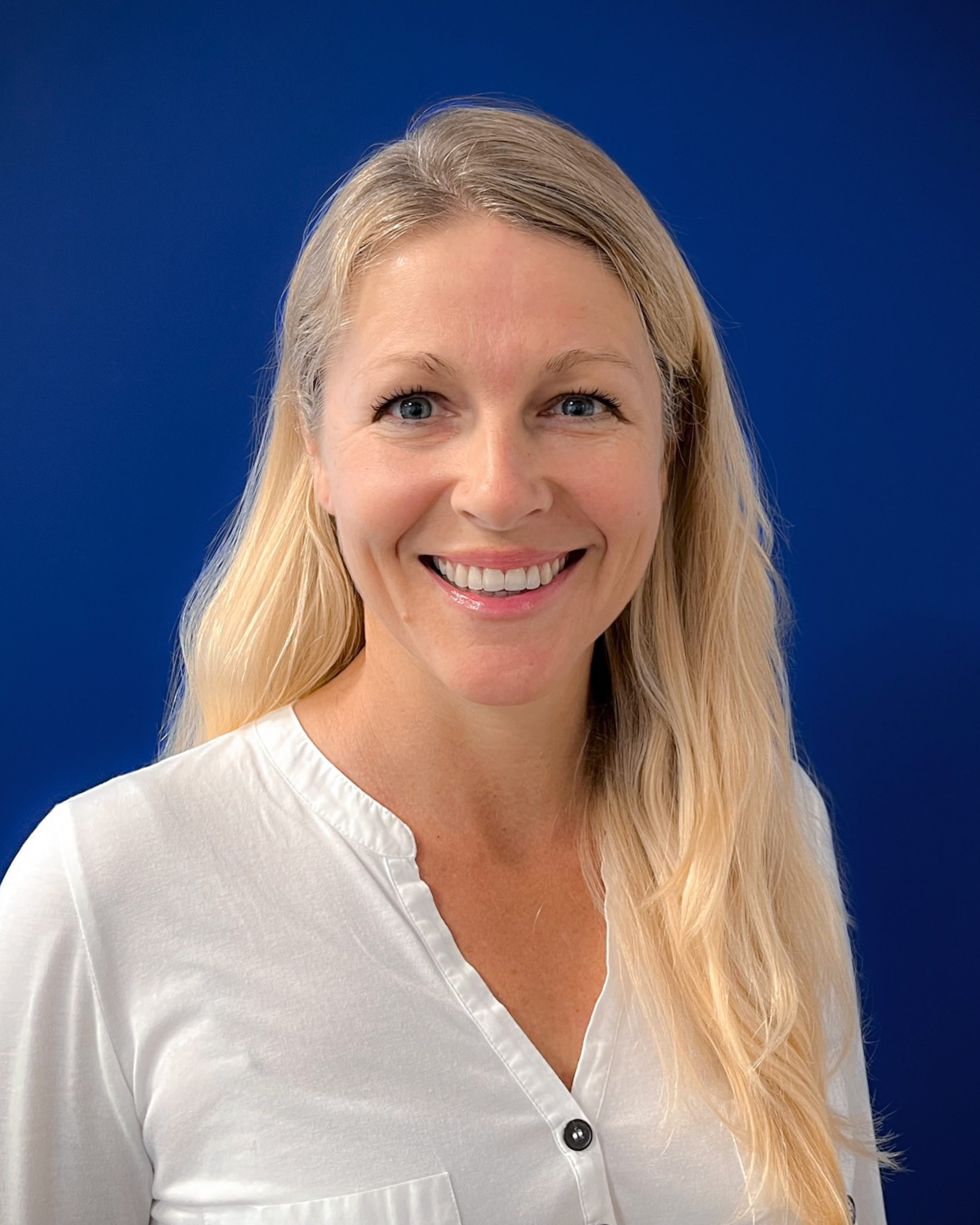 Director of Applied Technologies and Services 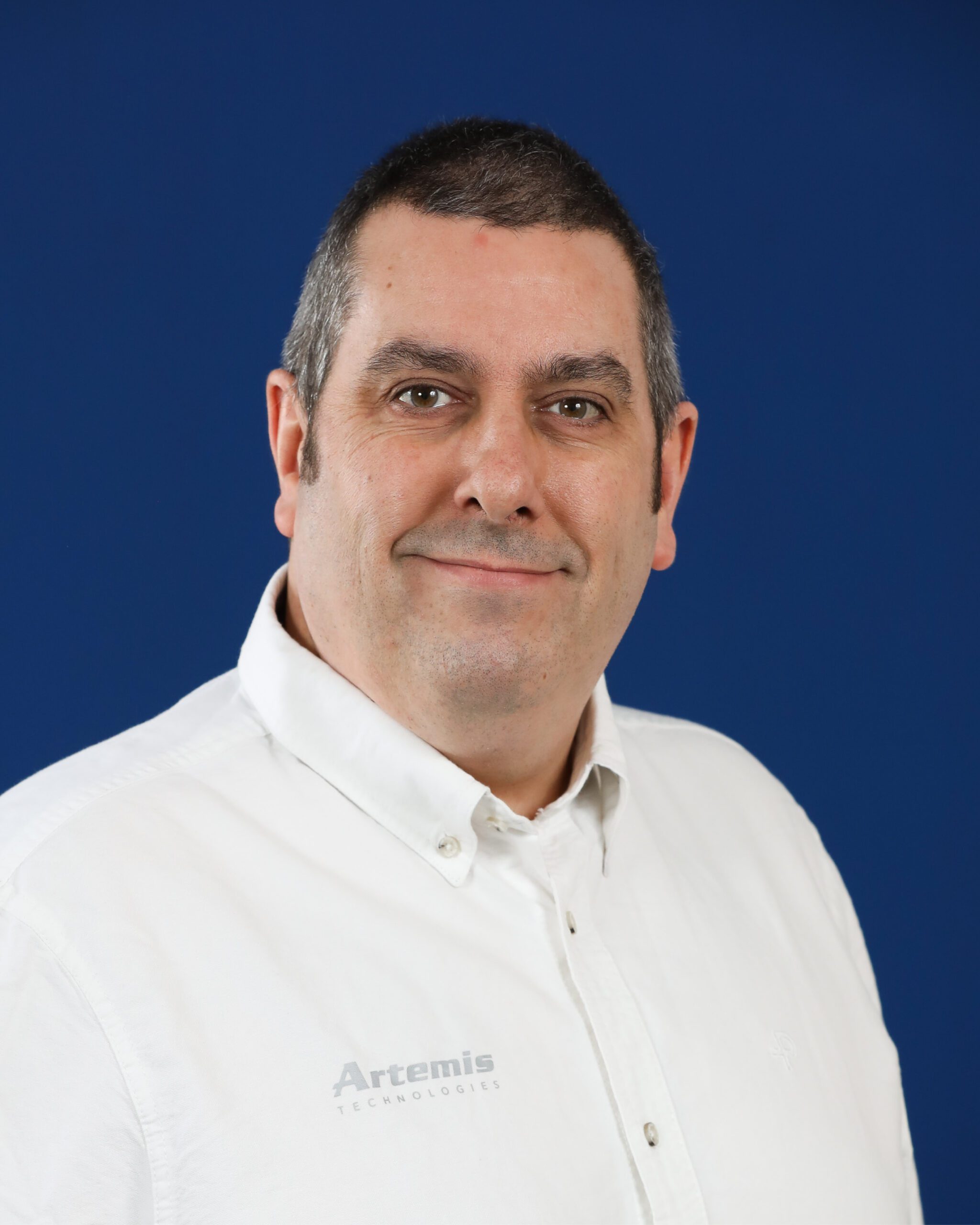 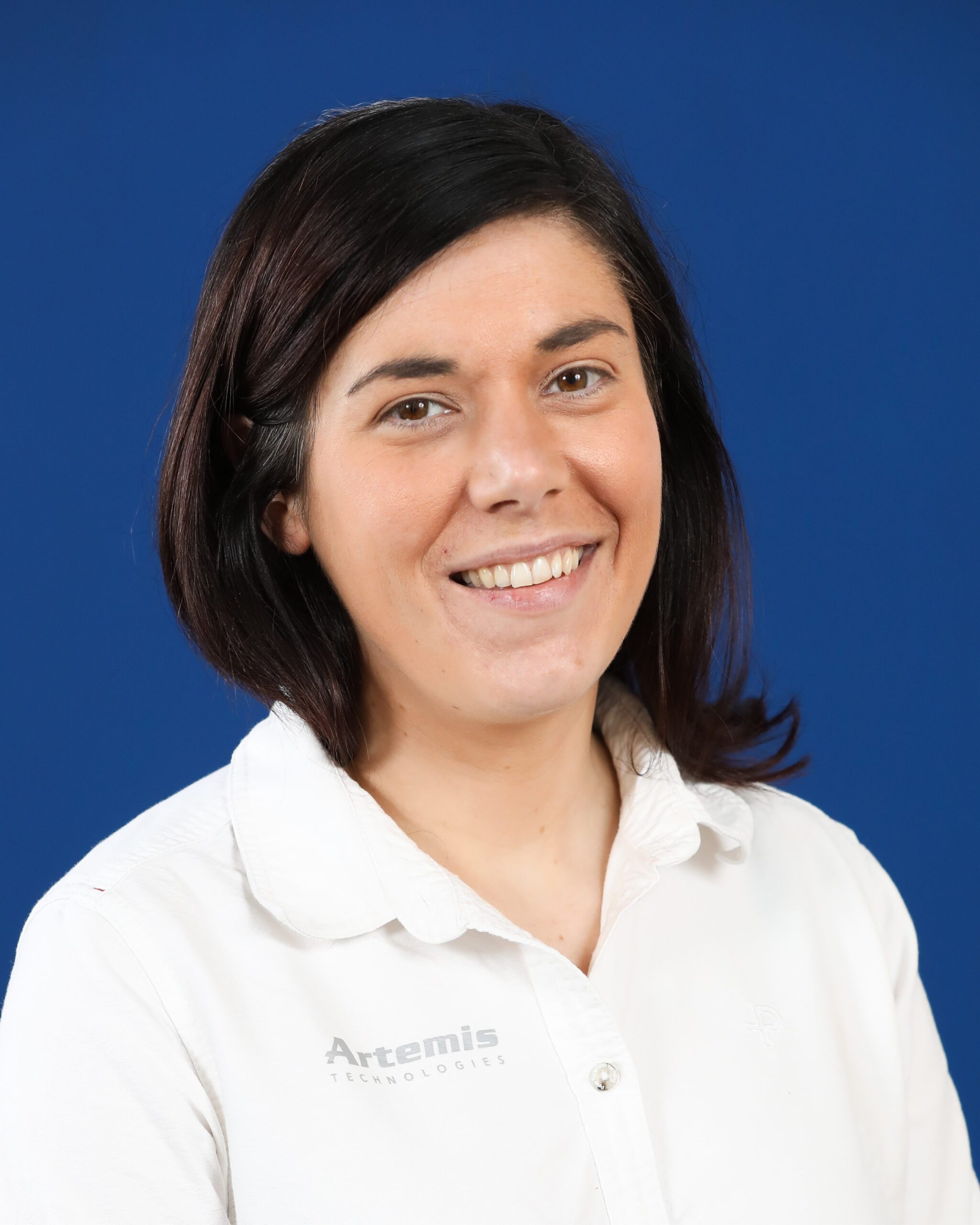 Named after the Greek goddess ‘Artemis’, protection of our natural environment drives everything we do. We have been recognised by Maritime UK and the Department for Transport for our mission to reduce emissions in the maritime sector, and we are proud to have made the SME Climate Hub Commitment. Recognised by the United Nations Race to Zero campaign, we have joined governments, businesses, cities, regions, and universities around the world that share the same mission of achieving net zero carbon emissions. 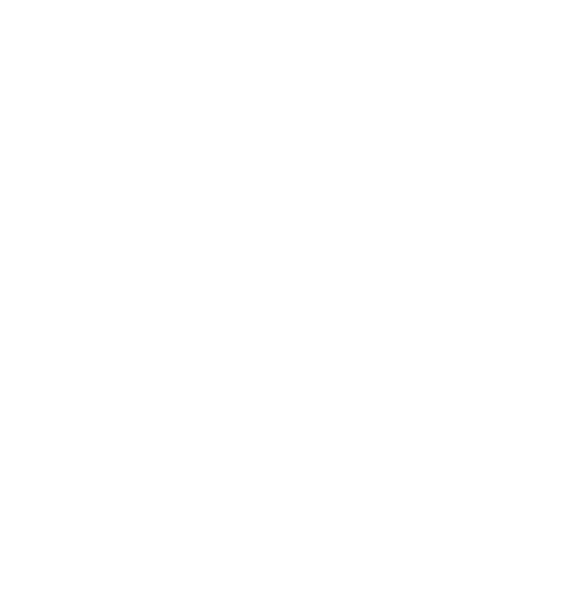 We are proud to be a member of the Maritime UK Diversity in Maritime programme, which aims to promote a fair, equal and inclusive UK maritime industry that embraces diversity and creates a supportive and open atmosphere for all to be able to achieve their potential.

The programme works closely with the Maritime Skills Commission to ensure the UK maritime industry has a continuous pipeline of highly skilled, diverse people and to support the Department for Transport’s Maritime 2050 People Route Map.

After retiring from Olympic competition in 2012, he joined Artemis Racing as a tactician, and was appointed Team Manager in October 2013. Iain then went on to lead the team’s successful 35th America’s Cup campaign in Bermuda, reaching the Louis Vuitton Challenger Series final in 2017.

Passionate about protecting the oceans, the economics graduate founded Artemis Technologies in 2017, with a mission to see how America’s Cup technology could play a part in the decarbonization of the maritime industry.

He has overseen the company’s transition from a sailing services provider, to an applied technologies company focusing on green innovations for marine transportation.

A former international hockey player and law graduate from the University of Birmingham, David has a wealth of experience in Sales and Marketing.

After Tyler Sports Management was acquired in 2014, he joined Artemis Racing to lead the Swedish America’s Cup team’s commercial programme, before co-founding Artemis Technologies. David is also a founding trustee of the Andrew Simpson Foundation.

Romain has a background in Naval Architecture, having graduated from Southampton Solent University in 2009.

In November 2009, Romain joined Juan Yacht Design, where he was involved with the design of three Volvo 70s (Groupama, Puma and Telefonica) for the 2011 Volvo Ocean Race, as well as multiple race winners SuperMaxi Rambler 88.

During that period, Romain was also involved in Iain Percy and Andrew Simpson’s Star boat campaign, working on appendages design for the London 2012 Olympics.

In 2018, Romain joined Team Gitana, and lead their design team, in their quest to develop the newly launched Ultim Trimaran Edmond de Rothschild.

With over 18 years of experience working across various tech start-ups and rapid growth companies she has much knowledge within Senior HR managerial roles. Debbie is responsible for both operational and strategic elements of all HR/People functions and involves offering guidance and support to Artemis Technologies’ Directors, Heads of Department, management, and staff on all people matters.

Director of Applied Technologies and Services

Sarah is a former world junior sailing champion and has a wealth of maritime experience having worked for a number of high performance racing teams. Sarah was part of the Artemis Racing America’s Cup challenges in San Francisco and Bermuda, before joining Artemis Technologies in 2017. Sarah now leads the company’s Sail Racing Services division.

Former Head of Manufacturing at Dyson, Simon spent 22 years at the company industrialising new technologies and delivering manufacturing solutions across a range of products. Simon was a founding member of the team that created Dyson’s revolutionary digital motor, and is responsible for facilities and manufacturing  at Artemis Technologies.

Kiera oversees the company budgets and forecasts, financial and tax accounting and reporting, as well as ensuring budgetary control and cash management all while supporting board members in achieving the Company’s strategic goals. Kiera has extensive experience within various financial and accounting departments and previously worked for a FTSE100 company.